I remember the day like it was yesterday. Minding my own business, driving home from where ever, when all of a sudden I see this little black dog running along the side of the road. All of a sudden it darted into a strip mall and disappeared.

I had only a split second to make a decision.

Do I keep driving?

Or, do I stop, try to find it, and try to figure out if she belongs to anyone.

Of course, instinct (not to mention my enormous love of dogs) kicked in. I quickly pulled over and circled back through the strip mall. It didn’t take me long to spot her. I got out of my car and took a few steps toward her and then stopped and kneeled down, hoping she wouldn’t be afraid and run.

Well, she did run…but much to my delight, she ran right into my lap.

I have to say I wasn’t really comfortable even looking for who she belonged to as it was clear she wasn’t well cared for. But, I wasn’t really in a position to take a dog as I had 3 of my own already and I was hoping for the best.

I walked over to the car repair business and asked a man working there if he knew anything about the dog. He said yes, she was his brothers’ dog and she lived at the shop. As you might imagine, my anger, not to mention my concern for the welfare of this young, beautiful dog was quickly rising.  I said, “what do you mean she lives at the shop?” Does she ever get to go home with anyone?” “Does she stay here by herself all night?”

He said basically yes.  I said, “Seriously, that’s not okay”. I then asked how old she was and was told about 4 months.

What happened next I was not expecting. Honestly, I am not sure what I was thinking or expecting to happen next. I did not have a game plan ready.

This man asked me if I would take her. I said, “what, you want me to take her? I wasn’t really planning on adding a dog to my family but she needs to be taken care of better” I then asked if she’s had shots and he said no.

Now What Do I Do…

I’m not sure if this was good or bad but my husband was out of town. The good is he couldn’t put up any resistance if I brought her home (even just long enough to figure out how to help her) but the bad was I wouldn’t have any help dealing with her and my own 3 dogs.

I knew in my heart I couldn’t leave her there. The man was practically begging me to take her. With a big sigh, I said okay I will take her. He handed me a bag of food and that was it.

Now what? I couldn’t take her home knowing she didn’t have shots as I didn’t want to subject my 3 to any potential health issues she might have.

So, I drove immediately to an emergency vet center (it was a Friday night) to see if I could get her checked out and even get shots for her. I was disappointed, but not surprised that they would not see her for those reasons and I was told I needed to make an appointment with my vet.

I ended up taking her home but I quarantined her myself. I put a bed in one of my bathrooms and gave her some food and water and sat with her a bit to make her as comfortable as possible. That was all I could do in that moment. Looking back I am sure she was far more comfortable there then she probably was sleeping alone in a garage.﻿

Thank God For the Vet Appointment…

The next morning I called my vet but they didn’t have any time to see her. I called one vet after another until I found one that would see her on a Saturday morning.  I called my daughter’s boyfriend to see if he would go with me to the vet so one of us could drive and the other one could hold her and make her feel safe.

I still wasn’t sure what my end game would be but I was happy and relieved that she was able to be seen by a vet. Here is a picture of her on my lap in the car and at the vet’s office and a picture of the vet holding her.

We got good news from the vet. She was healthy with the exception of being covered in fleas. I wasn’t too happy to hear that since I had been loving on her and immediately realized that could be a problem now in my house with my other dogs. But too late to do anything now but keep moving forward.

She got her shots and flea treatment and I was told to bathe her in Dawn dishwashing liquid to cut through the buildup of oil on her fur and skin from the garage. The vet also told me he was going to estimate her age at about 3 months. I mentioned to him that I had an appointment Monday with the Humane Society to possibly take her if I couldn’t find a home for her. I did some homework and learned a few things such as puppies under 4 months old are actually trained and socialized and fully vetted before they are adopted out. I felt comfortable she would be treated well and find a home if that was my only alternative. With this known, the vet wanted to keep her age under the 4-month mark.

Next, we headed home. I gave her a bath as the vet suggested and took her outside to play in the grass for a little bit. Then I took off my clothes in the garage and took a shower and changed clothes, hoping not to bring fleas into my house. Also, I still had to keep her away from my other dogs due to the flea issue. So, unfortunately, I still had to keep her in the bathroom.

After I showered and changed I hit social media with the story to look for a home for her (I was hoping one of my friends or one of their friends would see my post). As it turns out, my youngest daughter, who was out of town with my husband, reposted my post and one of her friends told her mom about the dog and her mom was interested. I believe I had a few people interested in adopting her so I was thrilled.

I asked the mom to come that day if she could as I needed to cancel the Humane Society appointment if I found a loving home for her.  She came with her son and immediately fell in love with her. I was comfortable with the situation they were in and felt it would be a wonderful home for this sweet baby girl. It turns out that while the mom was working her father would be “babysitting” the dog so she would not be spending much time alone. This was going to be so much better for this little girl than the awful “home” she had before.

So, I said goodbye and asked them to stay in touch, and off she went.

This was actually in 2013 but I never shared this story. I was reminded of it because my daughter said she saw the mom walking with her just the other day and she looked so cute.

This little-unexpected adventure ended up costing me about $700 in the end but I wouldn’t have done anything differently. The $700 was due to the vet bill, some things I bought for her, and my $200 flat iron that was within her reach and she chewed the cord. That was my fault lol. I also decided to play it safe and hired a pest control company to treat for fleas (which required a good amount of work on our part as well) and I put all 3 of my dogs on flea treatments.

Would I Do It Again…﻿

That said, you might be wondering if I would do it again given a choice. The answer is, absolutely YES!!!

The other thing I wanted to mention is that I received a call from the owner of the dog (it was the brother who gave her to me) and he was really mad that I “took her”. I explained to him that his brother practically forced her on me and I did not “take her”. In fact, I told him that his brother even handed me a bag of food so how could you say I took her. He made threats but I just told him to go talk to his brother.

I did call Animal Control and anonymously explained the situation. They said I was supposed to take her to Animal Control. I asked what they would do with her if I were to do that. They said they would try to find the owner and/or if the owner showed up for they would give her back to the owner. I said, “well, that’s not going to happen.”. They actually told me I could be arrested for theft if I didn’t return her. I said, “Okay, I will take my chances on that”.

I was a little nervous, understandably, but I knew I would never return that dog to that man or to anyone who would give her back to that man.  I’ve heard other people talk about this same issue on Facebook…how dogs are returned to homes where they are clearly being abused and neglected. I wasn’t going to let that happen.

In the end, nothing happened to me and the sweet dog has a loving home. The funny thing is I got a call from the brother months later. I was nervous when he said who he was but he was actually just calling to ask whatever happened to the dog. He said his brother was a jerk and that he was really mad but he knew that I would do the right thing by the dog and was happy I took her and found a proper home for her.

I look back once in a while at that day I took that route home and saw this little dog running along the road and truly feel it was fate. I was meant to be there at exactly the right time.

I hope you enjoyed reading this story as much as I enjoyed writing it. 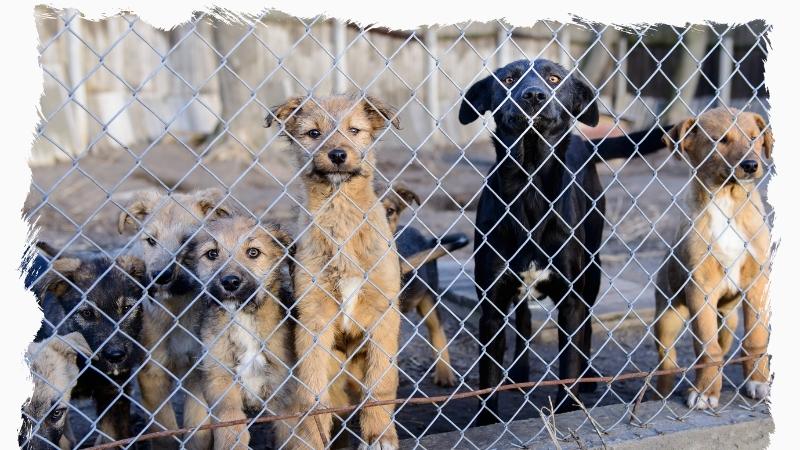 I am actually writing this with a bit of a heavy heart or at the very least, mixed emotions.   I’m going to start with the… 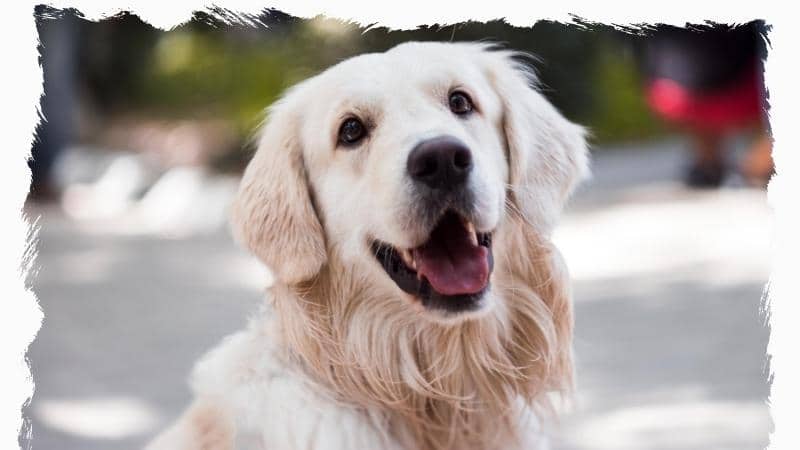 Adopting an adult dog has many benefits over starting off with a puppy. In this article, we are going to talk about some of those… 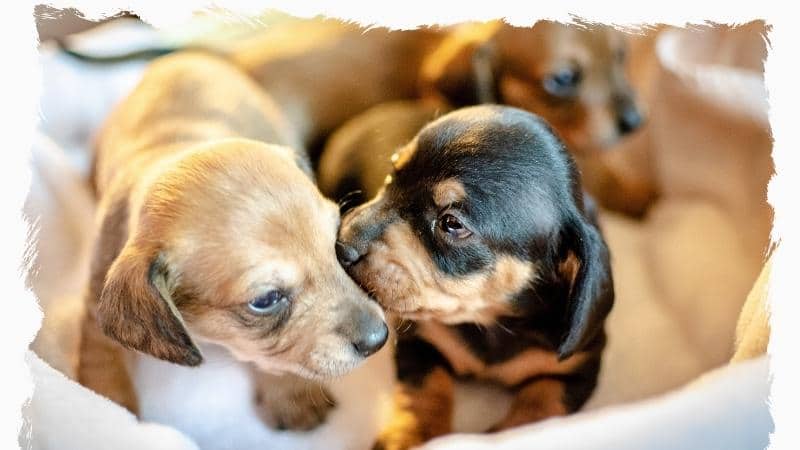 If you’re in the market to add a new furry, four-legged friend to your family and you have kids you are probably doing a lot…